World Refugee Day: A Night of Music and Storytelling

World Refugee Day: A Night of Music and Storytelling

With the refugee crisis hitting staggering and unprecedented levels, we present a night of dynamic storytelling, performance and conversation, led by refugees and the organizations that represent them. And it’s all happening on World Refugee Day.

Mirza Ramič, leader of the electronic music outfit Arms and Sleepers — and himself a Bosnian refugee — performs original music inspired by his journey and the war that forever changed his family’s life. Poet Ahmed Badr also shares work inspired by his upbringing in Iraq, and the world he left behind.

We’ll get to the bottom of pressing questions like: Why are more people migrating now more than ever in recorded history? How hard is it to gain refugee status? If we accept more refugees, what effect does that have on our economy and communities? 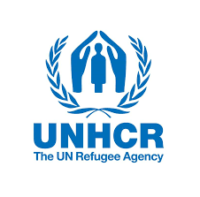