'Battle of the Boroughs' 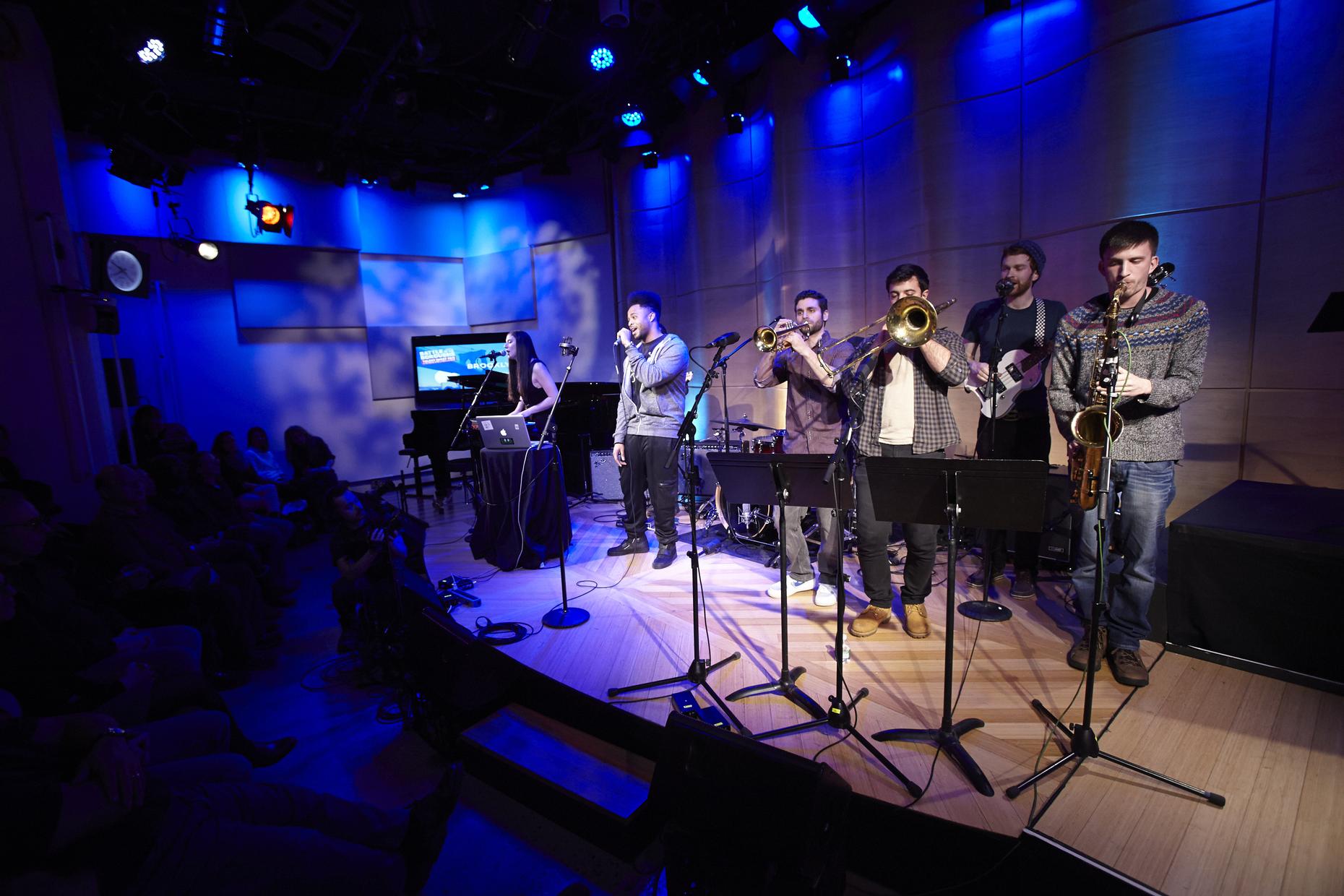 Which of these undiscovered musical acts should be crowned Brooklyn’s best band?

The Greene Space’s Battle of the Boroughs 2015 continued on Friday, March 6 with its showcase of the borough’s most exciting musical talents. Eight acts representing Brooklyn’s vibrant music scene competed. The audience’s votes are in…and here are the three finalists!

Watch their performances, then vote for your favorite by Monday, March 9 at 11:59pm ET.

Update: Representing Brooklyn in the Ultimate Battle of the Boroughs on March 27th: Nat Osborn Band!

Brooklyn finalists:
Text your vote with the codes below, or use the online form at the bottom of this page.

Cool Company
Text BK1 to 69866
Cool Company started off the show with an abundance of groove, an impressive falsetto, and an equally impressive haircut. Watch for some dope early 2000s inspired jams.

Company of Selves
Text BK5 to 69866
This band’s layered, textured tunes filled the space with an energy that was inescapable. Front man Christopher Hoffman songs about conspiracy theories and ghoul-hunting TV shows were weird-cool in surprising ways.

The Nat Osborn Band
Text BK8 to 69866
There’s not a weak link among showman Nat Osborn’s band, who showed off their raw talent and musicianship, along with some serious Louisiana horns. Watch out for Nat, whose “wicked piano solo put it away at the end,” according to guest judge Caryn Havlik.