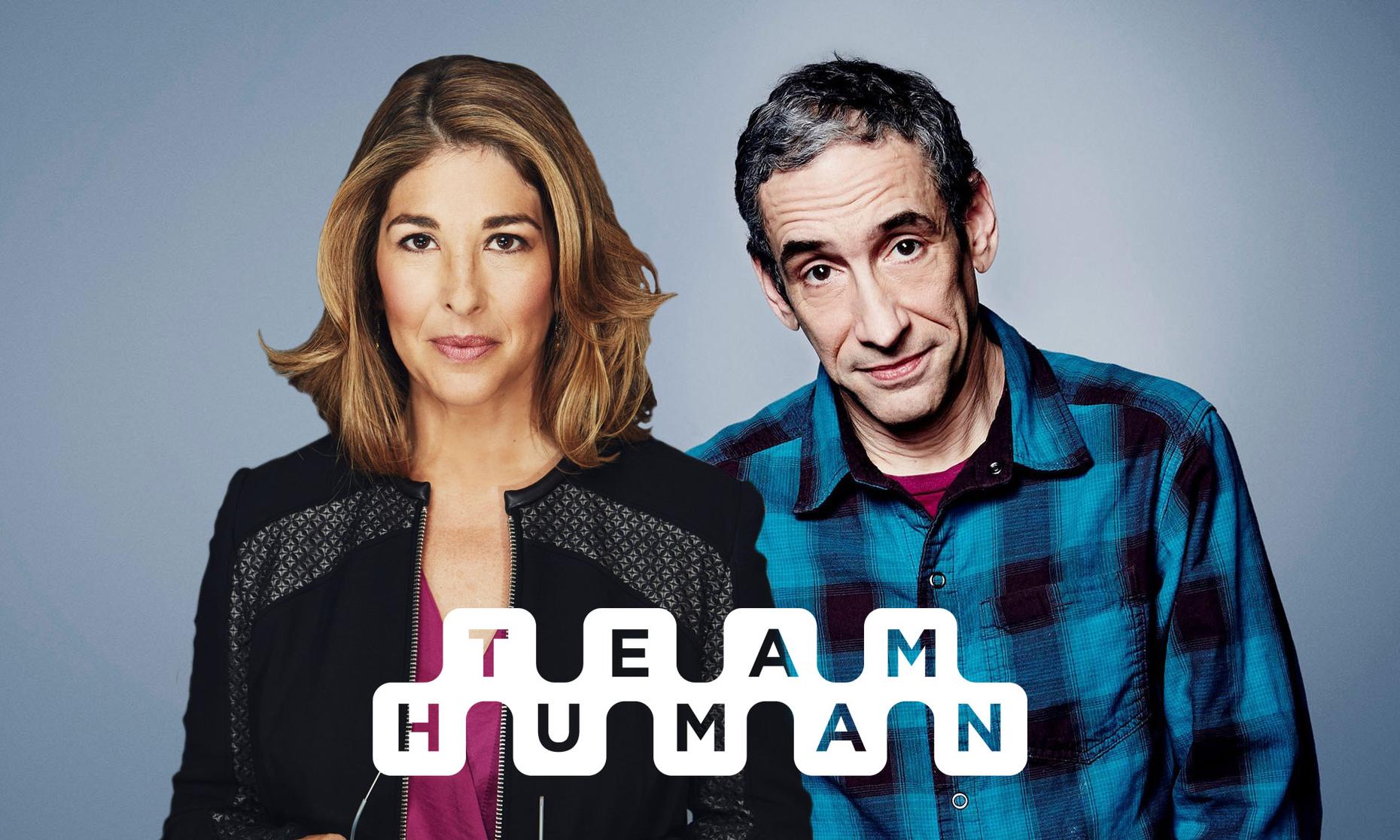 There is an anti-human agenda embedded in our markets and technologies, which has turned them from means of human connection into ones of isolation and repression. Our corporations and the culture they create glorify individualism at the expense of cooperation, threatening the sustainability not just of our economy but our species. On the Team Human podcast, Rushkoff and his guests reveal this agenda at work and invite us to remake society toward human ends rather than the end of humans.

Naomi Klein is an award-winning journalist, syndicated columnist and author of the New York Times and international bestsellers, No is Not Enough: Resisting Trump’s Shock Politics and Winning the World We Need (2017), This Changes Everything: Capitalism vs The Climate (2014), The Shock Doctrine: The Rise of Disaster Capitalism (2007) and No Logo (2000).

Douglas Rushkoff is the author of Present Shock, Throwing Rocks at the Google Bus, Program or Be Programmed, and, most recently, Team Human. He’s host of the Team Human podcast, a columnist on Medium, and professor of media theory and digital economics at CUNY/Queens. He made the PBS Frontline documentaries Merchants of Cool and Generation Like.