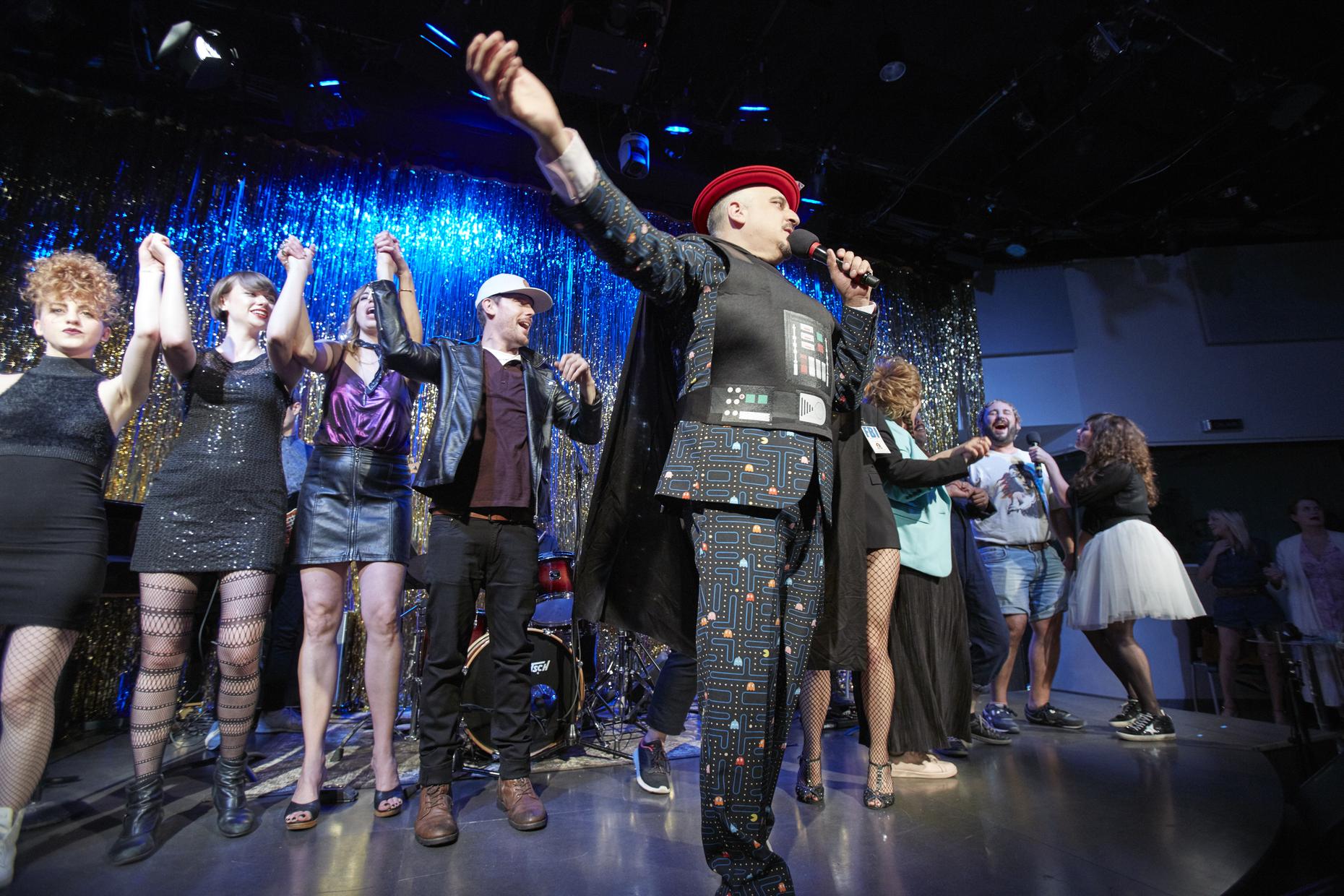 Bite into a hot slice of NYC life every first Friday of the month at 44 Charlton — the world’s first and only variety show smashing together the gutsiest comedy, music, dance, theater, spoken word, and genre-bending performances on a single stage, hosted by the sometimes salty, always sexyJulian Fleisher.

Plus, on this special May the Fourth (be with you) edition of the show, we’ll be celebrating Star Wars! There will be prizes for best costume and most “forceful” rendition of the iconic theme music.

From Lincoln Center to downtown dive bars, all of New York is host Julian Fleisher‘s playground and stage. He’s performed with, for or adjacent to an astonishing number of nightlife luminaries. Singer, writer, producer and host of WNYC Studios’ The Naked American Songbook, he’s never won a Peabody, but he was named “Best Calves Below 14th Street” by a committee of very earnest businessmen. Google him; we don’t have the space to do his accolades justice.

Are you an NYC-based artist? We want to hear from you! To pitch your act for 44 Charlton, contact us by filling out this survey.