When is opera a party? When is a party theater? When it’s The Opera Party, a new WQXR series in The Greene Space!

Opera stars will share the evening with chefs, raconteurs and genre-busting artists in a striking environment created for each event by artist Doug Fitch.

For our final Opera Party of the season, loosen the laces of your corset for WQXR’s first official celebration of NYC Pride Week. Join co-host Justin Vivian Bond — performance artist, author, and cabaret artist — for a searing romp with tenor and force-of-nature Anthony Dean Griffey, a surreal confection by cake-maker Elizabeth Hodes and enticing opportunities to show off just how much pride you feel.

You can also watch a live video stream here at 7pm

About the Host and Guests 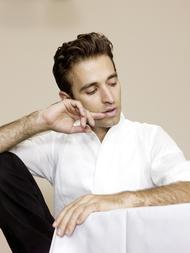 Anthony Roth Costanzo (countertenor) makes his debuts at the Los Angeles Opera as the title role in Phillip Glass’ “Ahknaten,” the Finnish National Opera in Kaija Sariaaho’s “Only the Sound Remains,” the San Francisco Symphony Orchestra in performances of “Messiah,” and with both the London Symphony Orchestra and the Berlin Philharmonic as Prince Go-Go in performances of “Le Grand Macabre,” conducted by Sir Simon Rattle and directed by Peter Sellars. He also produces and stars in his critically acclaimed show, “Orphic Moments,” at the Landestheater in Salzburg.

Mr. Costanzo has appeared at the Metropolitan Opera as both Ferdinand and Prospero in the world premiere of “The Enchanted Island,” and as Prince Orlofsky in a new production of “Die Fledermaus” after making his debut as Unulfo in “Rodelinda.” He also recently made his debuts at the Lyric Opera of Chicago in the world premiere of Jimmy Lopéz’ “Bel Canto” and the San Francisco Opera in “Partenope.” He made his European debut at the Glyndebourne Festival in “Rinaldo,” and has since appeared at the English National Opera in “The Indian Queen” and “Ahknaten,” the Teatro Real in “Death in Venice” and in a performance of Britten’s “Canticles” with Ian Bostridge and Julius Drake, and in concerts with Jordi Savall in Barcelona, Paris, and Versailles. He has also performed at Carnegie Hall, the Kennedy Center, on Broadway and in the Merchant Ivory film, “A Soldier’s Daughter Never Cries.” He graduated Magna Cum Laude from Princeton University where he has returned to teach, and received his masters from Manhattan School of Music. 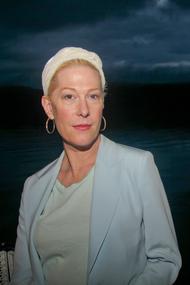 Justin Vivian Bond (co-host) is a trans-genre artist living in New York City.  As a performer both on and Off-Broadway, Mx Bond has received numerous accolades winning an Obie (2001), a Bessie (2004), a Tony nomination (2007), the Ethyl Eichelberger Award (2007), The Peter Reed Foundation Grant, and a New York Foundation for the Arts Grant for Artists. V authored the Lambda Literary Award winning memoir “TANGO: My Childhood Backwards and in High Heels” (The Feminist Press, 2011). 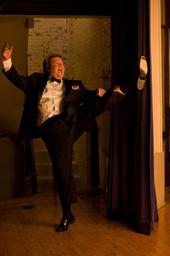 Anthony Dean Griffey (tenor) has captured critical and popular acclaim on opera, concert and recital stages around the world. He is particularly noted for his portrayal of “Peter Grimes,” a role he has performed all over the world including in a new production at the Metropolitan Opera broadcast live in the company’s Met: Live in HD series. Engagements during the 2017/2018 season include the Verdi Requiem at the Brevard Music Festival, “Das Lied von der Erde“ with Orquesta Sinfónica de Minería, “The Dream of Gerontius“ with the Vancouver Symphony, Britten’s Serenade for Tenor and Horn with the Rhode Island Philharmonic, and Carlisle Floyd’s “The Prince of Players” with the Florentine Opera.

This past season he appeared in the world premiere of Jake Heggie’s “It’s a Wonderful Life” with the Houston Grand Opera, Britten’s War Requiem with Kansas City Symphony, Beethoven’s 9th Symphony with the North Carolina Symphony and Oregon Symphony and Elgar’s “The Dream of Gerontius” with the Cincinnati May Festival.

Doug Fitch
(Courtesy of the artist)

Doug Fitch provides art direction and edible design for the series. As co-founder of the production company Giants Are Small, visual artist, designer, and director Doug Fitch directed several projects conducted by Alan Gilbert for the New York Philharmonic, including Ligeti’s Le Grand Macabre (cited as the top opera of 2010 by The New York Times, New York Magazine, and Time Out New York), Janáček’s The Cunning Little Vixen (2011, New York Magazine’s “Best Classical Event of the Year”), A Dancer’s Dream: Two Works by Stravinsky (2013, later screened in movie theaters worldwide); and HK Gruber’s Gloria – A Pig Tale (2014, with forces from The Juilliard School as part of the New York Philharmonic’s Bienial).  Mr. Fitch was the inaugural WBFO visiting artist at SUNY, where he created an opera of images, How Did We…? In 2013 he directed and performed in the premiere of Matthew Suttor’s musical setting of Blaise Cendrar’s poem La Prose du Transsibérien et de la Petite Jehanne de France with the Taos Chamber Music Group. He has created productions for Los Angeles Opera, Los Angeles Philharmonic, and Santa Fe Opera, and directed projects for Canada’s National Arts Centre, Royal Stockholm Philharmonic Orchestra, and Tanglewood (Elliot Carter’s What Next?, screened at The Museum of Modern Art).

Doug Fitch’s creative life began with his family’s touring puppet theater. While studying visual arts at Harvard University, he collaborated with director Peter Sellars on Wagner’s Der Ring des Nibelungen, among other projects. He also studied cooking at Paris’s famed La Varenne school and design at the Institut d’Architecture et d’Etudes Urbaines in Strasbourg, France. He emerged as an architectural designer in the 1980s, then collaborated with Mimi Oka on edible art installations called Orphic Feasts, leading to their book, Orphic Fodder. In co-production with Universal Music and Deutsche Grammophon, Giants Are Small developed Peter+Wolf in Hollywood – an iPad app, CD, digital album, and live show that will appear with the National Symphony Orchestra this May.  This year, he is creating a new production for flute and community participants called Pan, with flutist Claire Chase and composer Marcos Balter and, as artist in residence at National Sawdust, curating an evening called Doug Fitch’s Art Gallery Cabaret.  Mr. Fitch resides in Brooklyn, New York.