Join us for an evening celebrating the voice for our next Classical Up Close. We’ll hear from soprano Ailyn Pérez, currently starring as Mimi in The Metropolitan Opera’s La Bohème, and baritone Igor Golovatenko in advance of his performance in Tchaikovsky’s The Queen of Spades; members of Wynton Marsalis’s The Abyssinian Mass gospel choir, Chorale Le Chateau, conducted by Damien L. Sneed; the Boys of the St. Thomas Choir who are celebrating their 100th anniversary; and bass-baritone Davóne Tines, heralded as ‘a singer of immense power and fervor’ by the Los Angeles Times.

Ailyn Pérez is a Soprano from Chicago, Illinois. This season, she will appear as Mimì in La Bohème and Amelia Grimaldi in Simon Boccanegra at the Met, Nedda in Pagliacci at Dutch National Opera, Antonia in Les Contes d’Hoffmann at the Paris Opera, the title role of Manon at the Vienna State Opera, Marguerite in Faust in Valencia, and the title role of Rusalka at the Santa Fe Opera. She has appeared at the Met as Alice Ford in Falstaff, Juliette in Roméo et Juliette, the Countess in Le Nozze di Figaro, the title role of Thaïs, and Micaëla in Carmen (debut, 2015).

Recent performances include Violetta in La Traviata at the Bavarian State Opera, Paris Opera, Staatsoper Berlin, and in Zurich; Micaëla at Covent Garden; Donna Anna in Don Giovanni at Houston Grand Opera; Elvira in Ernani at La Scala; and Marguerite at Lyric Opera of Chicago. She has also sung Mimì and Violetta at La Scala, Juliette at the Santa Fe Opera, Tatyana Bakst in the world premiere of Jake Heggie’s Great Scott at the Dallas Opera, and the Countess at Houston Grand Opera. She was the 2016 recipient of the Met’s Beverly Sills Artist Award, established by Agnes Varis and Karl Leichtman. 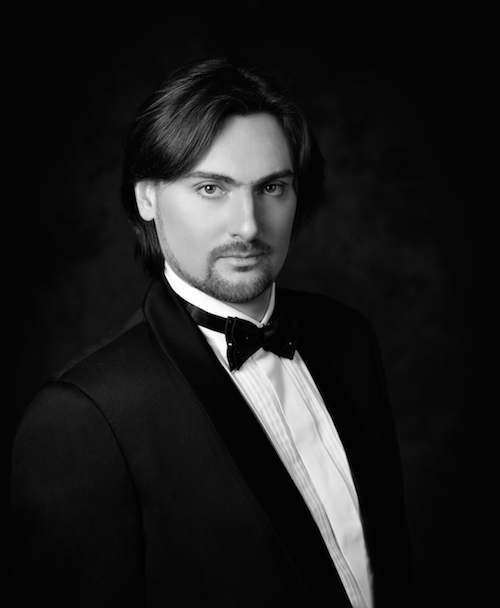 Igor Golovatenko has quickly made a name for himself on both the concert platform and operatic stage since his debut in the 2006 Russian premiere of Delius’ Eine Messe des Lebens with the Russian National Philarmonic Orchestra, conducted by Vladimir Spivakov. Having studied at the Moscow Academy of the Choral Arts with Professor Dmitry Vdovin, Golovatenko was awarded First Prize at the St Petersburg Three Centuries of Classical Romance Competition and Second Prize at Dresden’s International Competizione dell’Opera.  This season, he makes his long-awaited debut at the Metropolitan Opera in New York as Prince Yeletsky in Pique Dame. Golovatenko will also make role debuts as Riccardo in I puritani at the Paris Opera and Francesco in I masnadieri at the Bavarian State Opera in Munich. Additionally, the baritone will return to the Royal Opera House, Covent Garden as Enrico in Lucia di Lammermoor and to Munich in the title role of Eugene Onegin. 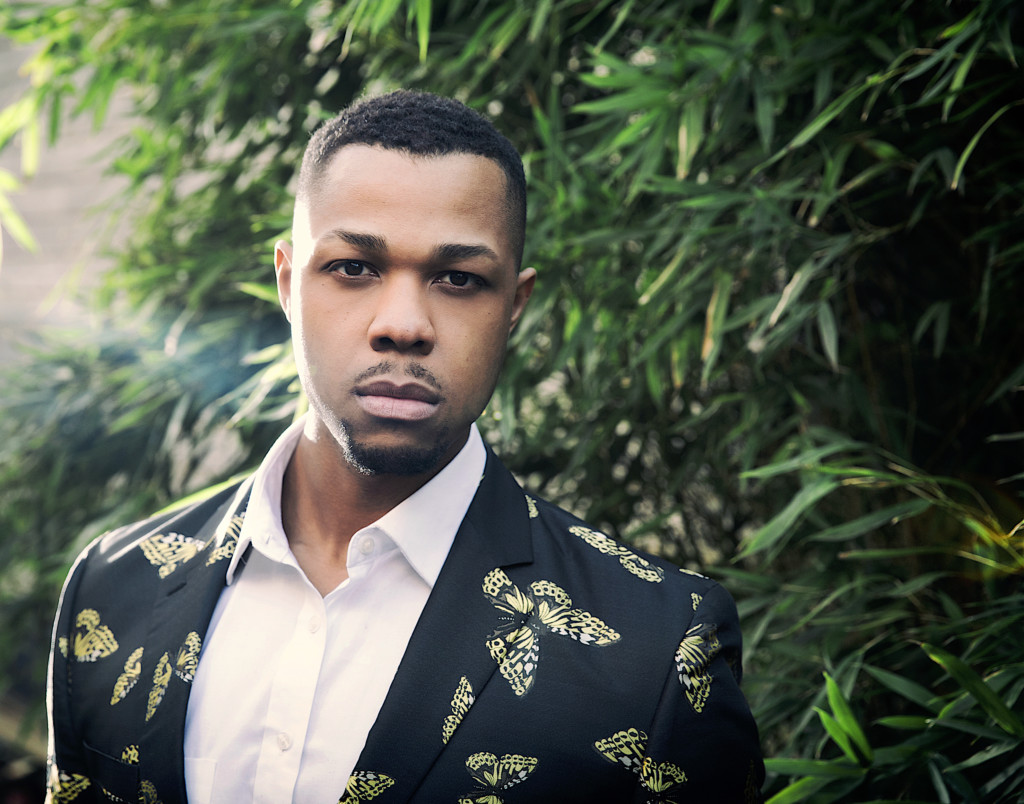 Heralded as ‘a singer of immense power and fervor’ by The Los Angeles Times, Davóne Tines came to international attention during the 2015-16 in breakout performances at the Dutch National Opera premiere of Kaija Saariaho’s Only the Sound Remains directed by Peter Sellars and at the Ojai Music Festival presenting works by Caroline Shaw and Kaija Saariaho with the Calder Quartet and the International Contemporary Ensemble.

Highlights of the present season include the European premiere of David Lang’s prisoner of the state with Ilan Volkov conducting the BBC Symphony, Schumann’s Das Paradies und die Peri with Louis Langrée and the Cincinnati Symphony, John Adams’ El Niño with David Robertson and the Houston Symphony, and Beethoven’s Ninth Symphony with Stéphane Denève and the Saint Louis Symphony. Davóne Tines appears throughout the season on numerous concert stages in collaboration with The Dover Quartet and is presented by Carnegie Hall, Celebrity Series of Boston, Da Camera Society of Houston, and Vocal Arts DC in his first American recital tour with pianist, Adam Nielsen.

Davóne Tines was co-creator with Zack Winokur and composer Michael Schachter, as well as co-librettist of The Black Clown, a music theater experience inspired by Langston Hughes’ poem of the same name that animates a black man’s resilience against America’s legacy of oppression by fusing vaudeville, opera, jazz, and spirituals to bring Hughes’ verse to life onstage 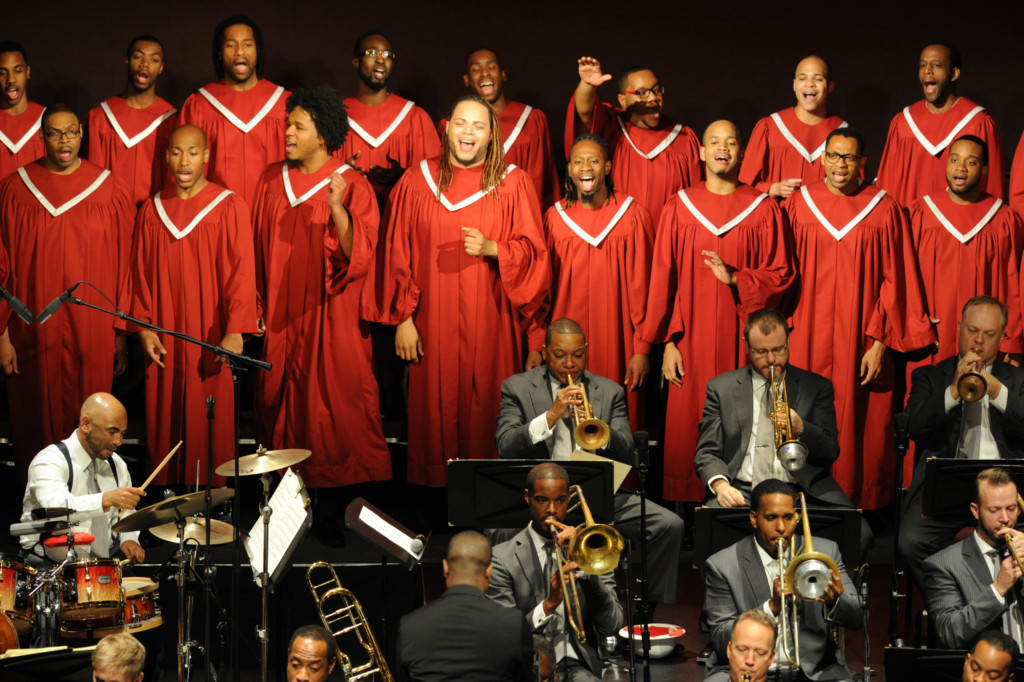 Damien Sneed is a multi-genre recording artist and instrumentalist, pianist, organist, composer, conductor, arranger, producer, and arts educator whose work spans multiple genres. The Sphinx Medal of Excellence recipient has worked with jazz, classical, pop, and R&B legends including the late Aretha Franklin and Jessye Norman, and he is featured on Norman’s forthcoming and final recording, Bound For The Promised Land. He has also worked with Wynton Marsalis, Stevie Wonder, Diana Ross, Ashford & Simpson, J’Nai Bridges, Lawrence Brownlee, and many others. Sneed has served as music director for BET’s hit television show, Sunday Best, and for Grammy Award–winning gospel artists The Clark Sisters, Richard Smallwood, and Karen Clark Sheard, among others. In September 2019 Sneed released his newest recording, Jazz In Manhattan, and in January 2020 he will release the deluxe edition of 2019’s Damien Sneed: We Shall Overcome on his boutique label, LeChateau Earl Records. Sneed was commissioned by Houston Grand Opera to compose a new opera, Marian’s Song, about the life of Marian Anderson, with a world premiere scheduled for March 5, 2020 at the Wortham Center at the Cullen Theater. Sneed recently joined the faculty of the Manhattan School of Music. A graduate of Davidson Fine Arts School in his hometown of Augusta, Georgia, Sneed studied at some of the finest conservatories and universities, including Howard University, where he earned a Bachelor of Music in Piano Performance; the Peabody Institute of Johns Hopkins University; New York University, where he earned a Master of Music in Music Technology: Scoring for Film and Multimedia; and the Manhattan School of Music. Sneed will also graduate with his doctorate in Orchestral Conducting from USC in 2020. Sneed was a faculty member at the Clive Davis Institute of Recorded Music at New York University’s Tisch School of the Arts and Nyack College. His other professional affiliations have included The Juilliard School as a staff accompanist, Jazz at Lincoln Center as an artistic consultant, and the City University of New York (CUNY) as a professor of music. In 2015 Sneed established the Damien Sneed Performing Arts Institute, a division of the Damien Sneed Foundation.

Chorale Le Chateau is a musical group developing a remarkable reputation for its vivid interpretations of vocal literature, from Renaissance vocal literature to jazz, spirituals, gospel, and avant-garde contemporary music. Damien Sneed, the artistic director and founder, selected each singer from his personal experiences as a performer, professor, and conductor over the past 20 years. Members hail from various parts of the world and come from performing arts institutions and venues such as The Juilliard School, The Metropolitan Opera, Howard University, Yale University, The City University of New York, Morgan State University, American Musical and Dramatic Academy, and many more. Members include amateurs and professionals, Grammy Award winners, college professors, and students. Chorale Le Chateau has been featured at the Kennedy Center, Jazz at Lincoln Center’s Rose Theater, Columbia University, and the City University of New York. Chorale Le Chateau has performed in concerts and other events around the world, and will be featured and was featured with the Jazz at Lincoln Center Orchestra with Wynton Marsalis in the United States tour of Abyssinian: A Gospel Celebration in October, 2013. 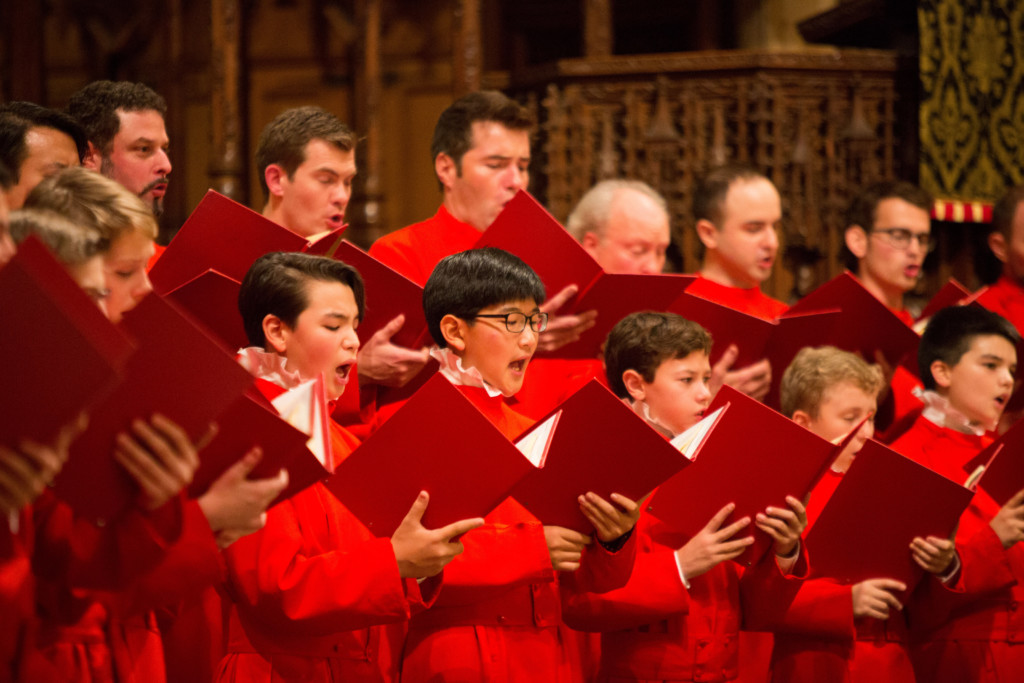 The Saint Thomas Choir of Men and Boys is considered to be the leading ensemble of its kind in the Anglican choral tradition in the United States. While its primary raison d’être is to sing five choral services each week, the Choir also performs regularly with Orchestra of St. Luke’s and New York Baroque Incorporated as part of St. Thomas Church concert series. Live webcasts of choral services and further information concerning recordings, tours and concerts given by the Choir can be found at www.SaintThomasChurch.org.

Over recent years, the Choir has toured throughout the U.S., Europe and Scandinavia with performances at Westminster Abbey and St. Paul’s Cathedral in London, King’s College, Cambridge, Windsor, Edinburgh, St. Albans, the Aldeburgh Festival and the Vatican. In 2012, the Boys of the Choir traveled to Dresden to give the premiere of Lera Auerbach’s Dresden Requiem with the Dresden Staatskapelle in the Frauenkirche and Semper Oper and the full choir performed later that year in the Thomaskirche at the Leipzig BachFest. Domestically, the Choir most recently toured the Southeastern United States and featured at the National AGO Convention in Houston, Texas.