Sound to Image: The Passion of Joan of Arc

Sound to Image: The Passion of Joan of Arc

Composer David Cieri is best known for his work scoring the films of Ken Burns, starting with The National Parks and running through The Vietnam War; Burns has called Cieri “a master composer … sensitive to every nuance of image and sound.”

In his debut at The Greene Space, Cieri presents an audacious new work: a live score for Carl Th. Dreyer’s 1928 silent film classic La Passion de Jeanne d’Arc, starring Renee Falconetti in an all-time great performance. Cieri’s luminous score, performed by an ensemble of nine musicians, including the traditional Sardinian vocal quartet Tenores De Aterue, bolsters the film’s core story — Joan of Arc’s faith on trial in the face of torture — with music that is by turns visceral and transcendent.

This is an album release show: An album with Cieri’s score for the film, titled An Homage to Carl Dreyer’s The Passion of Joan of Arc’ (Music Inspired by the Film), will be released by Ropeadope Records on the day of the performance.

Event includes a post performance talkback with the composer and musicians, hosted by WQXR’s Merrin Lazyan.

The film will be screened with English captions.

David Cieri’s ‘The Passion of Joan of Arc’ from Unarmed Media on Vimeo. 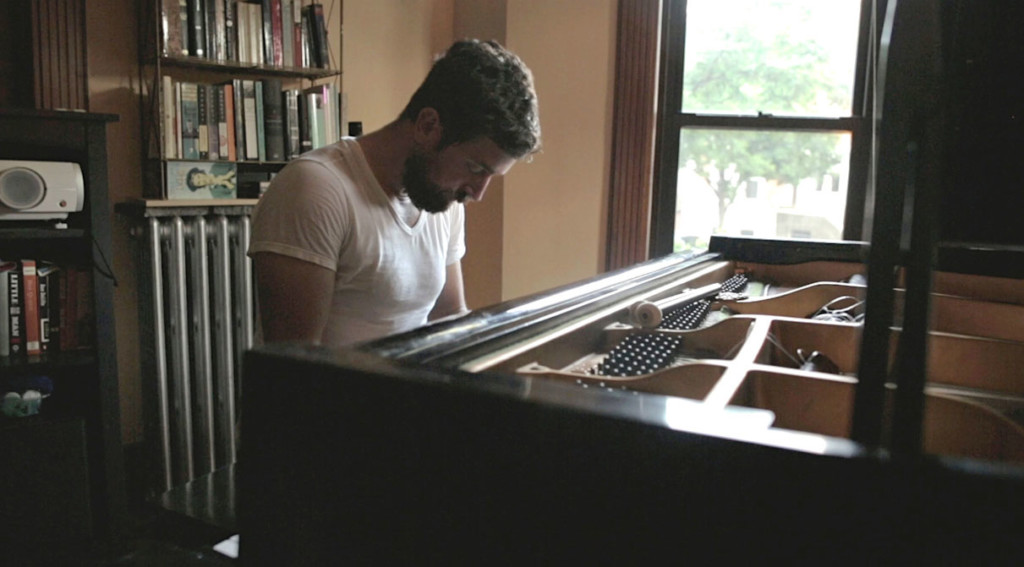 David Cieri, a musician and composer, makes music for film, concert, and album release. David has worked with numerous celebrated filmmakers including Ken Burns, the Ewers Brothers, and Barak Goodman. He has recorded nine acclaimed albums under his own name, that last three of which were released by Ropeadope Records. He has collaborated on a major live documentary project with the two-time Pulitzer Prize-winning playwright Lynn Nottage and has made two records with the Pulitzer Prize-winning poet Yusef Komunyakaa. David wrote and performed the live scores for the first two seasons of The Paris Review podcasts. He teaches courses on Film Scoring and Music for Film at The City College of New York.