A Night of Muslim Dramas

From Eh Dah, Questions for My Father, courtesy of Hypokrit Theatre Company

A Night of Muslim Dramas

On the stage and on the screen, Muslim-American drama has arrived in a big way. For this special Ramadan installment of Micropolis, we are showcasing some of the best, most provocative recent works of theater and TV starring and written by Muslim-Americans — as well as a musical!

WNYC’s Arun Venugopal leads a night of compelling and rare performances, and a discussion with comedian and inspirational speaker Maysoon Zayid and Sharbari Zohra Ahmed, former writer for ABC’s Quantico who also wrote the play Raisins Not Virgins.

Event presented in partnership with the Pillars Fund.

Beginning around 8:05PM, an announcement will be made for individuals wanting to perform ablutions in our facilities.

A break will occur at sunset (8:11PM), prior to which the lobby will be outfitted as a space for prayer.

Dates and water will be available at the venue. 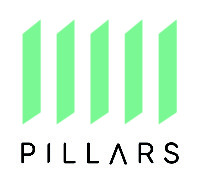