Join us for a conversation featuring Harlem resident and best-selling author Richard Price, with leaders from three independent not-for-profit programs offering literacy, education, drug, and anti-gun guidance to our most disadvantaged children and young people.

Hosted by WQXR’s Terrance McKnight, tonight’s conversation features Antonio Hendrickson, founder of Lead by Example: Reverse the Trend, an organization that mentors at-risk teens; Alvin Irby, founder of Barbershop Books, which creates child-friendly reading spaces in local barber shops; and Marina van Zuylen from the Clemente Course in the Humanities, which provides free, accredited college courses in the humanities to students who otherwise would not have the opportunity for higher education.

Each of these community leaders and their programs are changing the lives and outcomes of the next generations in profound and lasting ways.

They’ll discuss the inspiration behind these important programs, the successes and change they’ve witnessed, the challenges they’ve faced along the way, and the reason these programs have been successful when so many others have failed. 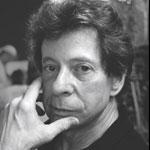 RICHARD PRICE is an acclaimed American novelist and screenwriter, known for the books The Wanderers, Clockers, and Lush Life. His numerous screenplays include The Color of Money, for which he was nominated for an Oscar, Sea Of Love, Ransom, and Shaft. In 2008, he won the Writers Guild of America Award for Best Dramatic Series for his work on the ground-breaking television series, The Wire. 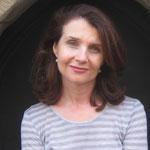 MARINA VAN ZUYLEN is an author and Professor of French and Comparative Literature at Bard College.  She is the academic director of the Clemente Course in the Humanities and teaches the classics of world literature with a spin, having her students reflect on the maladies of modernity–fatigue, boredom, idleness, distraction—in the works of Melville, Montaigne, Voltaire, Tolstoy, Dostoevsky, and Woolf among others. 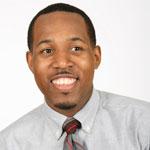 ALVIN IRBY is Founder and Executive Director of Barbershop Books, a nationally recognized program that creates child-friendly reading spaces in barber shops. He is a passionate educator committed to innovative curriculum, transformative teaching and leadership and has taught kindergarten and first grade in New York City and served as Education Director at the Boys’ Club of New York in East Harlem. Irby’s debut children’s book, Gross Greg, will be published in Fall 2016.

ANTONIO HENDRIKSON was convicted at the age of 25 on drug conspiracy charges and sentenced to 22 years in prison. At Baltimore’s Chesapeake Detention Facility in 2011, he established Reverse The Trend, a mentoring program in which older convicts counseled younger inmates about behavior patterns leading to incarceration. On his release, with the aid of government grants, he established Lead By Example: Reverse The Trend, providing intervention to young people around issues of gun-violence, gangs, and drugs.