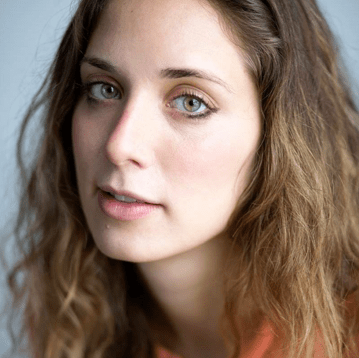 Allie is a producer, choreographer and performer originally from Paris, France. After graduating from George Washington University with degrees in art history and dance, she moved to New York City to work in marketing at the Alvin Ailey American Dance Theater. She joins The Greene Space team after working in Special Events at New York Public Radio for 2.5 years, before which she was a producer for theater and dance artists Young Jean Lee, luciana achugar and Half Straddle at the Kitchen, New York Live Arts, The Chocolate Factory among other venues in the city, Fusebox Festival in Austin, Texas, as well as internationally at Le Mouvement Festival in Biel, Switzerland and Le Festival d’Automne in Paris, France. Her own artistic work has received a Luther Rice research fellowship for funding to create work in Berlin, and a Maida Withers Dance Construction Company Award for innovation in dance.

She is passionate about storytelling in all its forms and spends all her time producing, seeing or making shows.

Her favorite Greene Space shows include Late Night Whenever and 44 Charlton.